Mysterious radio bursts from a nearby spiral galaxy 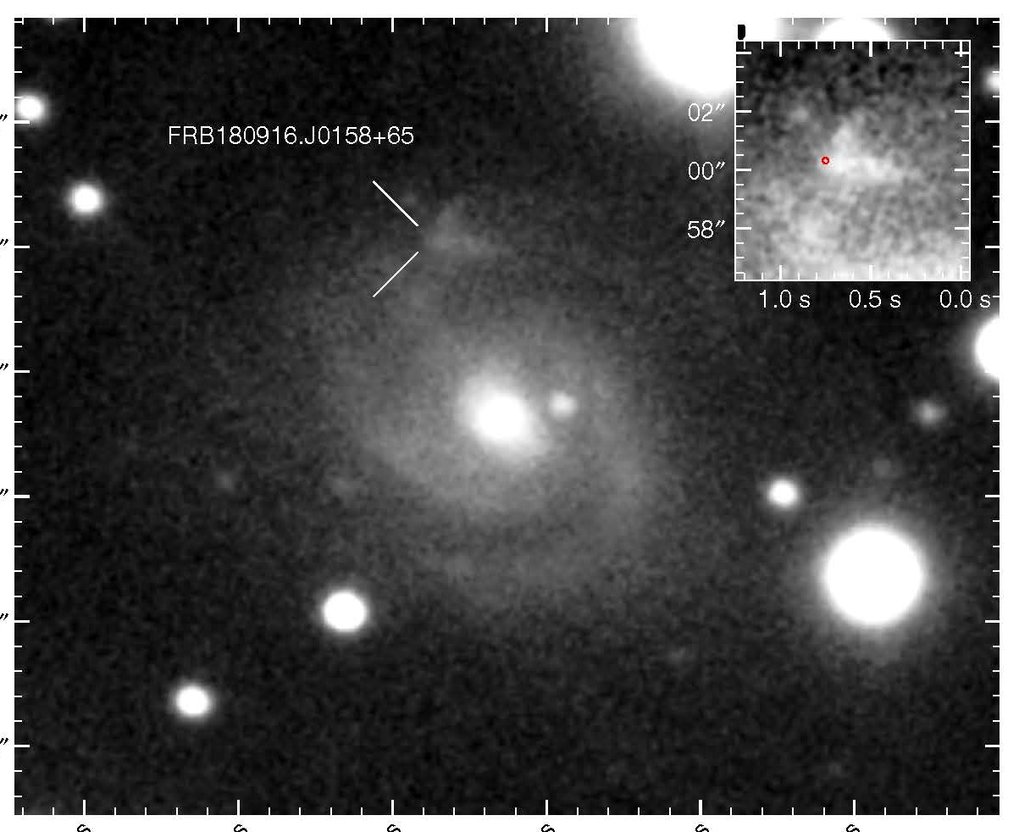 Fast radio flashes still pose something of an enigma to astronomers. Although they only emit for milliseconds at a time, hundreds have been observed in the sky. Only four such Fast Radio Bursts (FRB) have been precisely located so far. Now astronomer have traced the source of a newly discovered FRB to a nearby spiral galaxy similar to our own Milky Way, a galaxy half a billion light-years from Earth, making it the closest FRB to Earth ever localized. The burst called FRB 180916.J0158+65 was observed by a group of eight radio telescopes, including the 100-meter Effelsberg telescope.