Jupiter’s interior has been revealed in unprecedented detail in observations by Nasa’s Juno spacecraft that show it to be as strange and turbulent as the planet’s surface.

Despite extensive studies of Jupiter’s surface, including its distinctive dark and light bands and “great red spot”, little had previously been known about what lies at the interior of the solar system’s largest planet.

The new findings, based on high-precision gravitational measurements, show that Jupiter’s iconic striped bands, caused by immensely powerful winds, extend to a depth of about 3,000km below the surface. The mission has also produced a partial answer to the question of whether the planet has a core, showing that the inner 96% of the planet rotates “as a solid body”, even though technically it is composed of an extraordinarily dense mixture of hydrogen and helium gas. 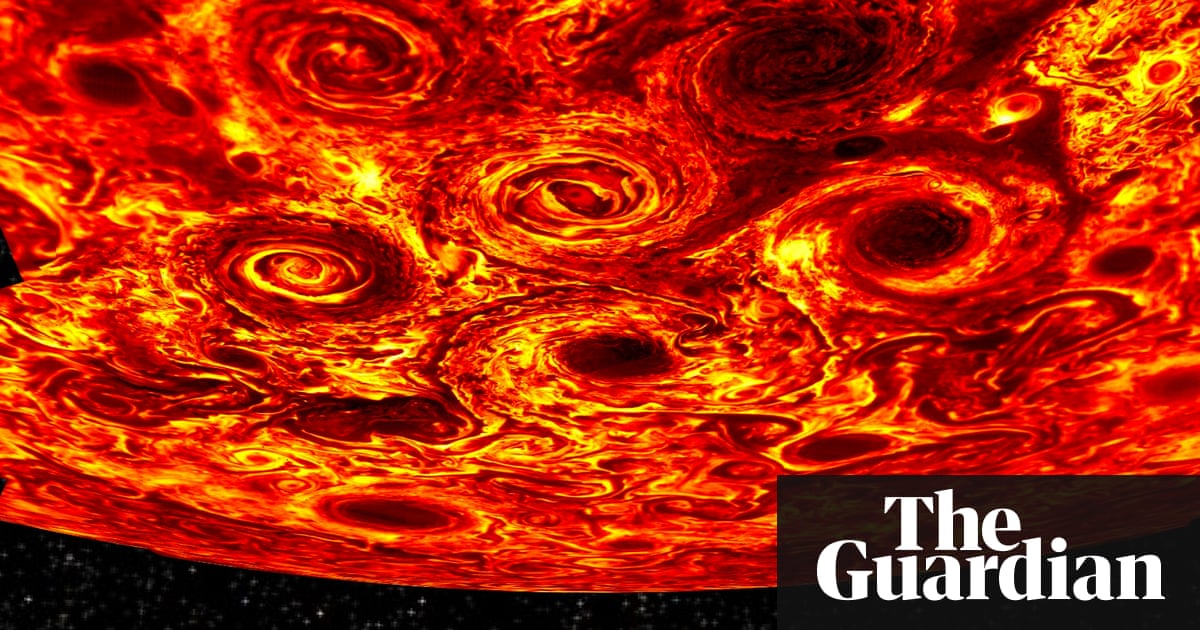 How Juno’s Breathtaking Jupiter Images Are Made