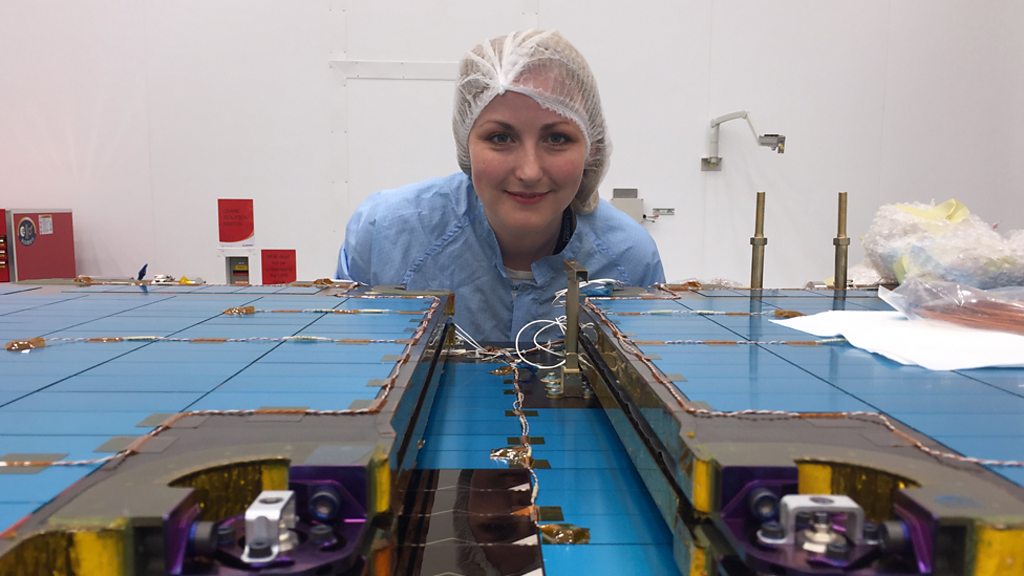 So, here it is. Europe’s Mars rover. Or rather, a copy of it.

This is what they call the Structural Thermal Model, or STM. It is one of three rovers that will be built as part of the European Space Agency’s ExoMars 2020 mission to search for life on the Red Planet. And, no, we’re not sending all three to the Red Planet.

The STM is used to prove the design. It will go through a tough testing regime to check the rover that does launch to Mars – the “flight model” – will be able to cope with whatever is thrown at it.

What’s the third robot for? It stays on Earth and is used to troubleshoot any problems. If mission control needs to re-write a piece of software to overcome some glitch on the flight rover, the patch will be trialled first on the “engineering model” before being sent up to the Red Plane