Further evidence about the Earth being struck by a large, Mercury size object in the early life of the Solar System 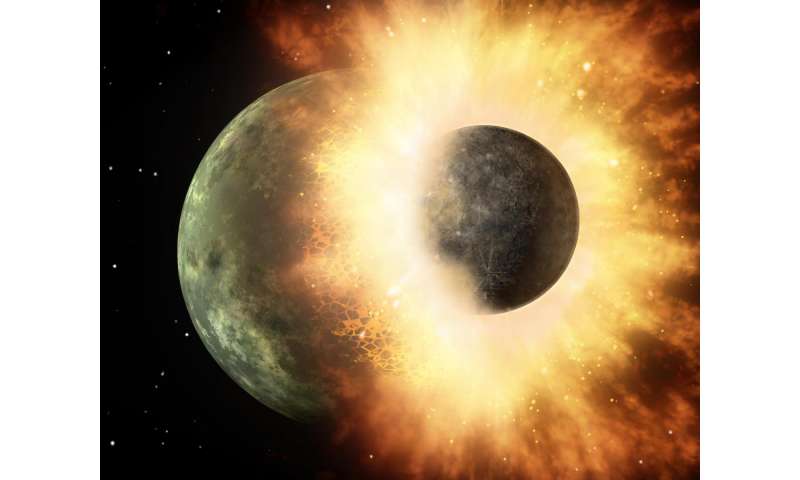 Research by Rice University Earth scientists suggests that virtually all of Earth’s life-giving carbon could have come from a collision about 4.4 billion years ago between Earth and an embryonic planet similar to Mercury.

In a new study this week in Nature Geoscience, Rice petrologist Rajdeep Dasgupta and colleagues offer a new answer to a long-debated geological question: How did carbon-based life develop on Earth, given that most of the planet’s carbon should have either boiled away in the planet’s earliest days or become locked in Earth’s core?

Is Another Interstellar Visitor Headed Our Way? – Sky & Telescope

What do you call a moon that escapes its planet? A ‘ploonet’