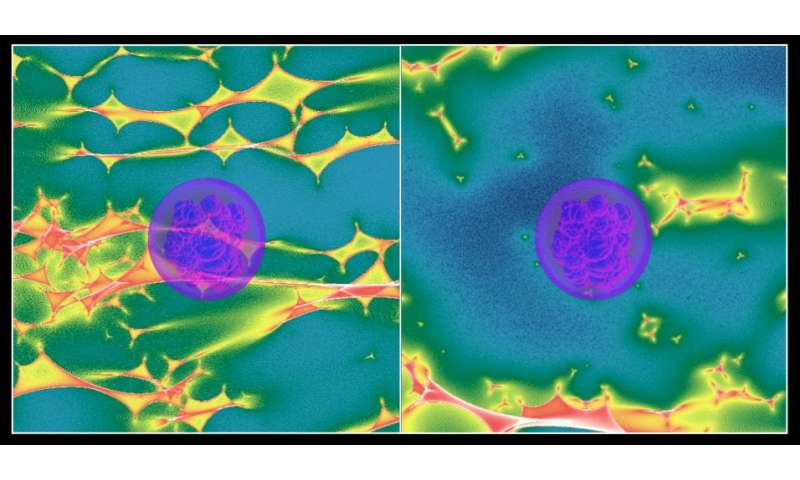 In 1929 Edwin Hubble surprised many people – including Albert Einstein – when he showed that the universe is expanding. Another bombshell came in 1998 when two teams of astronomers proved that cosmic expansion is actually speeding up due to a mysterious property of space called dark energy. This discovery provided the first evidence of what is now the reigning model of the universe: “Lambda-CDM,” which says that the cosmos is approximately 70 percent dark energy, 25 percent dark matter and 5 percent “normal” matter (everything we’ve ever observed).

Until 2016, Lambda-CDM agreed beautifully with decades of cosmological data. Then a research team used the Hubble Space Telescope to make an extremely precise measurement of the local cosmic expansion rate. The result was another surprise: the researchers found that the universe was expanding a little faster than Lambda-CDM and the Cosmic Microwave Background (CMB), relic radiation from the Big Bang, predicted. So it seems something’s amiss – could this discrepancy be a systematic error, or possibly new physics?

Astrophysicists at Lawrence Berkeley National Laboratory (Berkeley Lab) and the Institute of Cosmology and Gravitation at the University of Portsmouth in the UK believe that strongly lensed Type Ia supernovae are the key to answering this question. And in a new Astrophysical Journal paper, they describe how to control “microlensing,” a physical effect that many scientists believed would be a major source of uncertainty facing these new cosmic probes. They also show how to identify and study these rare events in real time.Read more at:  https://phys.org/news/2018-03-strongly-lensed-ia-supernovae-cosmology.html