A star system 94 light-years away is in the spotlight as a possible candidate for intelligent inhabitants, thanks to the discovery of a radio signal by a group of Russian astronomers. 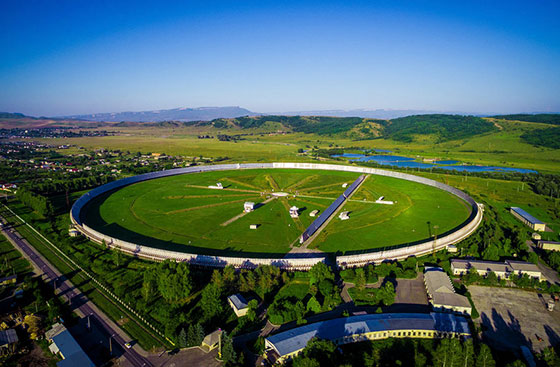 HD 164595, a solar system a few billion years older than the Sun but centered on a star of comparable size and brightness, is the purported source of a signal found with the RATAN-600 radio telescope in Zelenchukskaya, at the northern foot of the Caucasus Mountains.  This system is known to have one planet, a Neptune-sized world in a very tight orbit, making it unattractive for life.  However, there could be other planets in this system that are still undiscovered.

The signal seems to have been discussed in a presentation given by several Russian astronomers as well as Italian researcher, Claudio Maccone, the Chair of the International Academy of Astronautics Permanent SETI Committee.  Maccone has recently sent an email to SETI scientists in which he describes this presentation, including the signal ascribed to star system HD 164595.

Discovery alert! A nearby super Earth

This researcher wants to initiate contact with Proxima Centauri b